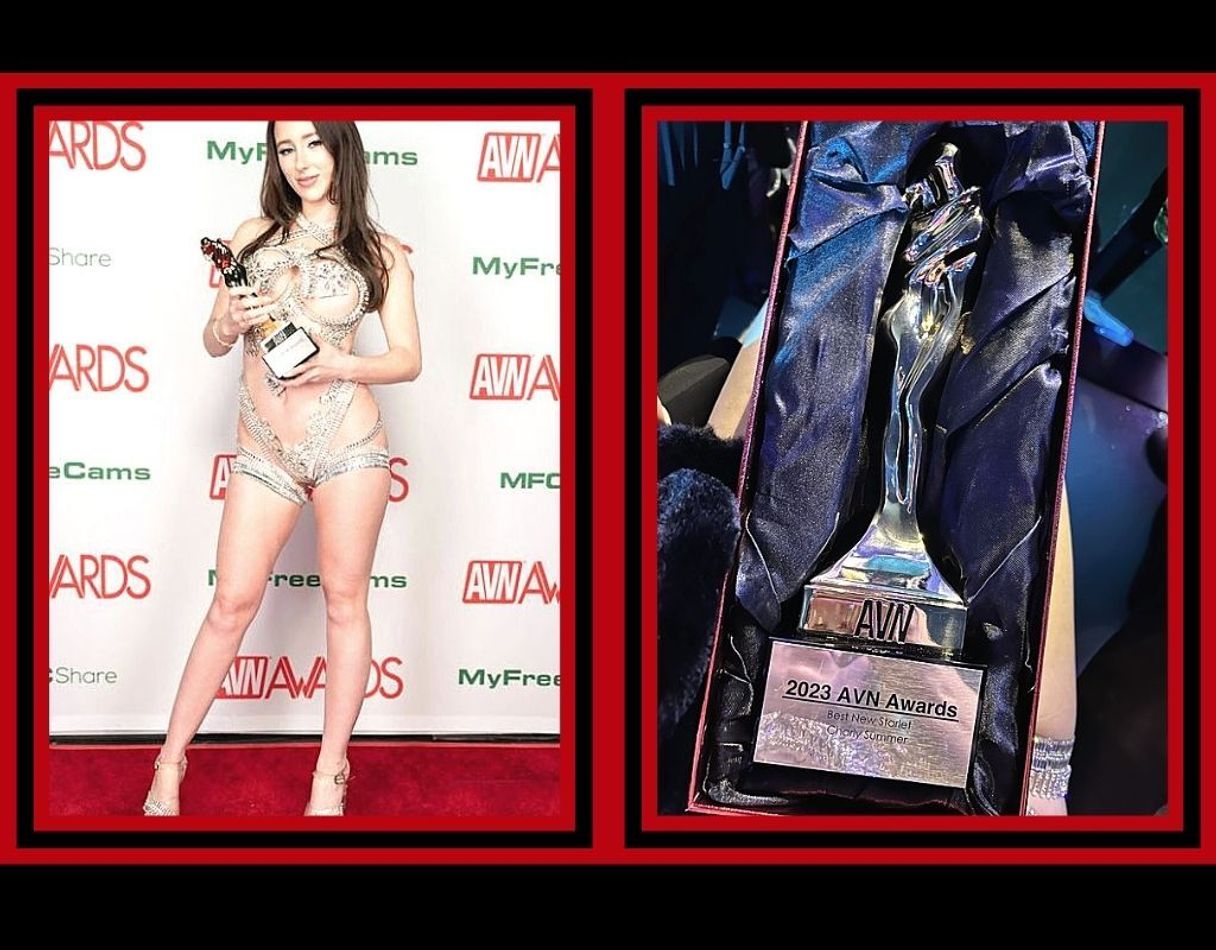 “It feels incredible,” Summer told AVN’s backstage insider, Aiden Ashley, when she stepped behind the curtain. “I know I’m right where I’m supposed to be, and Catholic school got me ready for this.”

“I think I’m just a performer at heart,” Charly said in the backstage winner’s circle. “I love entertaining, and I just knew that I had to come to do something like this.” “I pushed all my limits last year and worked harder than I ever have before.”